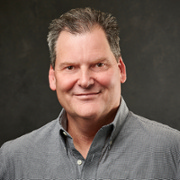 Charles “Lee” Cox, Ph.D., has been appointed as the Research Integrity Officer for Michigan State University.

Cox joins the Office of Research and Innovation after nine years at MSU where he has served as chair and professor in the Department of Physiology.

Integrity in research and creative activities is fundamental to the mission of Michigan State University.  The university is required by federal funding agencies to establish and abide by uniform policies and procedures for investigating and reporting instances of alleged or apparent misconduct involving research and related activities. Oversight of these activities is led by the MSU Research Integrity Officer or RIO.

A faculty committee led by Stephanie Watts, professor of Pharmacology & Toxicology, conducted a search over the past several months in preparation for the recent retirement of Jim Pivarnik who had served as the RIO since 2006.

“We are very pleased to have Lee taking on this important role,” said Doug Gage, vice president for Research and Innovation. “His background in biomedical research and experience with funding agencies will serve him well.”

“Lee inherits an outstanding program built over the past 16 years by Jim Pivarnik while he served as the RIO. I appreciate Jim’s hard work and wish him the best in his retirement,” added Gage.

Cox assumed the role as of May 16, 2022, reporting to both Gage and to President Stanley. He will be stepping down from his chair position in the Department of Physiology.

“I believe research integrity is fundamental to the research mission of major universities, and I look forward to my upcoming role,” stated Cox. “Serving as chair for the Physiology department has been a wonderful experience with a great group of faculty, staff, and students. I am eager to continue to support the research endeavors of this preeminent university.”

Cox earned his doctorate in Psychology with a Neuroscience emphasis at the University of California, Riverside, after completing a master's degree in Psychology and two undergraduate degrees at UC. He served as a Postdoctoral Research Fellow, Department of Neurology and Neurological Sciences, at Stanford University on an NIH postdoctoral training grant and Pimley Fellow. Cox then moved to the State University of New York, Stony Brook, as a research assistant professor in the Department of Neurobiology and Behavior.

Dr. Cox is very active in professional associations and committee work. He currently serves on the Finance Committee of the American Physiological Society and as Councilor for the Association of Chairs of Department of Physiology, as well as several internal committees at MSU.

His professional affiliations include the American Association for the Advancement of Science, American Epilepsy Society, American Physiological Society, Society for Neuroscience, and the Association of Chairs of Departments of Physiology.