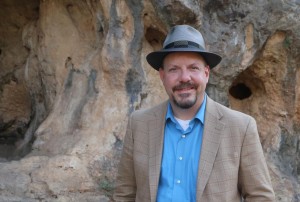 How ancient DNA and new fossils are changing the science of human origins.

John Hawks delivers a lecture on Ancient DNA & Human Origins. The rapidly changing field of ancient DNA has settled into a kind of normal science, as several teams of researchers have coalesced around a set of approaches to discover the genetic relationships among ancient peoples.

Hawks is the Vilas-Borghesi Distinguished Achievement Professor of Anthropology at the University of Wisconsin - Madison. He is an anthropologist and studies the bones and genes of ancient humans. He's worked on almost every part of our evolutionary story, from the very origin of our lineage among the apes up to the last 10,000 years of our history.