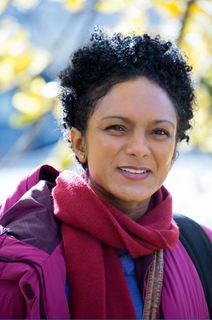 Safoi Babana-Hampton, associate professor of French in the Department of Romance and Classical Studies, has been selected as the inaugural recipient of the HARP large-scale development grant for her project entitled "Spectral Visions of the Atlantic: A French Caribbean Odyssey of the Black Voyage." Funding in the amount of $100,000 will support the production of a documentary film. An in-depth story about her project will be published in the new year.