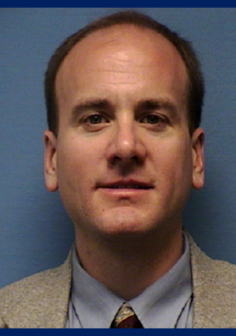 Professor John Albrecht is the new executive director of the URO. His appointment was effective Feb. 15, 2022.

John Albrecht, professor in the Departments of Electrical and Computer Engineering, and Chemical Engineering and Materials Science, has been appointed to the position of executive director for the University Research Organization (URO).

In addition to his academic experience, Albrecht brings a wealth of administrative background and leadership to the role, having served as the executive director of the Fraunhofer USA Center Midwest with a Laser Applications division in Plymouth, MI and the Coatings and Diamond Technologies division on campus at MSU. He has also held positions with federal government agencies.

The URO is a unit at Michigan State that allows faculty to pursue research in areas of national importance that are challenging or impossible under current academic policies, particularly when review or restrictions on publication or considerations of citizenship status of personnel are involved.

“Michigan State University has the ability to expand our research in restricted projects that complement our robust fundamental research portfolio. The URO will build upon our existing capacity to help researchers participate in these activities by developing larger-scale efforts that are not readily organized within our academic units," stated Albrecht. "In particular, I will focus on projects requiring institutional support and strategic positioning within areas of national importance to government agencies and their more traditional corporate research sponsors.”

Dr. Albrecht’s research interests are in the areas of electrical and thermal transport under high-field conditions in semiconductor devices, and in radio frequency (RF) electronics and integration. He has extensive knowledge of wide band gap semiconductor devices and RF microelectronics having previously led large national-level programs in the field as a government program manager.

“The URO provides an important opportunity for growth and could significantly contribute to the research goals of the university’s strategic plan,” stated Doug Gage, vice president for Research and Innovation. “John’s research background and his time with government organizations will serve us well as we look to increase federal funding and diversify the research portfolio.”

Before joining MSU, Dr. Albrecht was a program manager from 2009-2012 for the Defense Advanced Research Projects Agency (DARPA) in Arlington, VA. He established future directions in a nationally coordinated enabling hardware technology portfolio for microelectronic systems. He recommended new initiatives and adjustments to current programs within the core technical competency of RF electronics. His role involved close collaboration with the basic research communities at universities and other government laboratories.

Before serving at DARPA, Albrecht held positions at the Air Force Research Laboratory (AFRL) where he began in 2002 in the Electron Devices Branch of the Aerospace Components and Technology Division of Sensors Directorate. He started his AFRL career as a principal investigator performing basic research in electronic and opto-electronic device concepts including wide band gap semiconductor devices, dilute magnetic semiconductor devices, semiconductor lasers, and photonic crystals. Through a career broadening assignment as Division Technical Advisor for the Aerospace Components and Technology Division from 2006-2007, he oversaw a wide-ranging technical portfolio of intramural and externally funded electronics technologies spanning electronic materials to subsystems and apertures. From 2007-2009, he served as technical advisor for the Exploratory Electronics Branch.

As academic preparation, Albrecht completed post-doctoral fellowships at Los Alamos National Laboratory and the Naval Research Lab. He earned his Ph.D. in electrical engineering at the University of Minnesota in 1999.