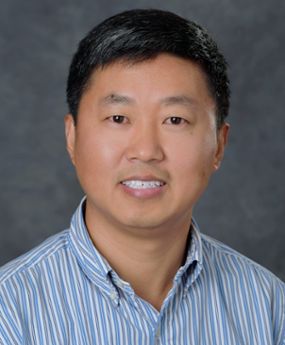 For his contributions and leadership in the fields of statistical genetics and genomics, Michigan State University’s Yuehua Cui has been selected as a fellow of the American Statistical Association.

Cui, a professor in the MSU College of Natural Science's Department of Statistics and Probability, is one of 48 members designated as an ASA fellow this year. He was recognized “for outstanding contributions to methodology development and applications in statistical genetics and genomics; for exemplary mentoring of graduate students and junior researchers; and for significant service to the profession.”

ASA members form the largest group of statisticians worldwide whose aim is the advancement of statistics and data science to aid in global innovations and decisions. To be named a fellow, nominees must have an established reputation and have made outstanding contributions to statistical science. Such distinction is based on their published works, involvement in the organization and other societies, and other professional accomplishments.

“The Department of Statistics and Probability is proud of Dr. Yuehua Cui becoming an ASA Fellow,” said Lyudmila Sakhanenko, interim STT chair. “This honor has been limited to one-third of one percent of ASA members each year. This designation is coveted by statisticians and data scientists as it signifies outstanding reputation and contributions to statistical science and is considered the highest honor among statisticians. Dr. Yuehua Cui is an internationally and nationally recognized leader in statistical genetics/genomics, and this designation recognizes his impactful and important contributions to the profession.”

Cui joined MSU in 2005. He currently directs the graduate program in STT. After earning a master’s in biology, he completed a second masters and then a Ph.D. in statistics.

For the full story, visit natsci.msu.edu