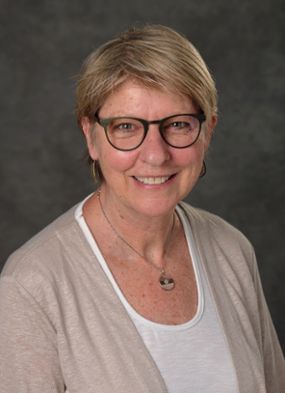 Story adapted from the College of Natural Science website.

Cheryl Sisk, a Michigan State University professor of behavioral neuroscience and psychology, is recipient of the 2022 Daniel S. Lehrman Lifetime Achievement Award from the Society for Behavioral Neuroendocrinology (SBN) for her outstanding career as a researcher and educator.

Since 2006, the Lehrman Award has gone to one “distinguished investigator” each year. The awardee must be a senior scientist and a role model with achievements in public education and outreach.

Sisk, an MSU Distinguished Professor and associate dean for faculty development in the College of Natural Science (NatSci), has been instrumental in moving her field, program and college forward.

“It is truly an honor to receive the 2022 Daniel S. Lehrman Lifetime Achievement Award from the Society for Behavioral Neuroendocrinology,” Sisk said. “Having spent my entire faculty career at MSU, I owe this honor to the wonderful and talented members of my lab over the years and the supportive environment at MSU.”

As one of the leading researchers in the field of neural development, Sisk has dedicated her career to the study of brain and behavioral development during puberty and adolescence. She specializes in understanding how pubertal hormones such as testosterone and estrogen influence the maturation of motivated behaviors.

Sisk’s research has challenged long-standing beliefs in her field and is credited with many important discoveries. Her lab revealed that pubertal hormones permanently organize the neural circuits that control social behaviors, typical in one sex or the other, in adulthood. Her lab also discovered that new neurons form in the brain during adolescence, which can lead to sex differences in structure and function that may last into adulthood. Taking it another step further, Sisk found that postnatal neuron formation extended to brain regions with neuroendocrine function.

Her findings shed light on why psychiatric illnesses that disproportionately affect males or females appear during adolescence. Currently, in collaboration with MSU Professors Kelly Klump and Alex Johnson, she is investigating binge eating and its underlying hormonal and neural mechanisms.

For more than 30 years, the National Institutes of Health and the National Science Foundation, along with a few other organizations, have supported Sisk’s research. In addition to publishing more than 140 empirical papers and influential reviews, Sisk co-authored the book Coming of Age: The Neurobiology and Psychobiology of Puberty and Adolescence with her former graduate student Russ Romeo.

During her career as a dedicated teacher and mentor, Sisk held many leadership roles and received prestigious recognitions. She served as the president of SBN from 2013-2015 and was a member of the Society for Neuroscience Training Committee for many years. In addition to the Outstanding Academic Advisor Award from NatSci, she received the MSU Neuroscience Program Student Council Faculty Recognition Award, Distinguished Faculty Award, Supervisor Recognition Award and Outstanding Woman Faculty Award.

“Professor Sisk has a long record of outstanding research studying the influence of steroid hormones on nervous system structure and function,” said Phillip Duxbury, NatSci dean. "She was also director of the very successful interdepartmental graduate neuroscience program for 14 years before taking on the role of NatSci associate dean for faculty development in 2017. In addition, Dr. Sisk served as NatSci interim dean for a year. During her time in these college level positions, she has been a strong leader in reforming academic human resources processes and transforming DEI awareness and programs. She is truly deserving of this high honor, and on behalf of the college, I want to congratulate and thank her for the many remarkable contributions she had made to science and to the NatSci community.”

Before joining the faculty at MSU in 1985, Sisk worked as a postdoctoral researcher at Northwestern University and the Institute of Reproductive Biology at the University of Texas. She has a master’s in psychology and a Ph.D. in psychobiology and neuroscience.

Sisk will deliver the Lehrman Keynote address and officially receive her award during SBN’s annual meeting on Wednesday, June 29, in Atlanta.

The Society for Behavioral Neuroendocrinology (SBN) is an organization dedicated to the study of hormonal processes and neuroendocrine systems that regulate behavior that relies on basic research. It’s network of members are scientists from many backgrounds and disciplines including academia and industry workers.