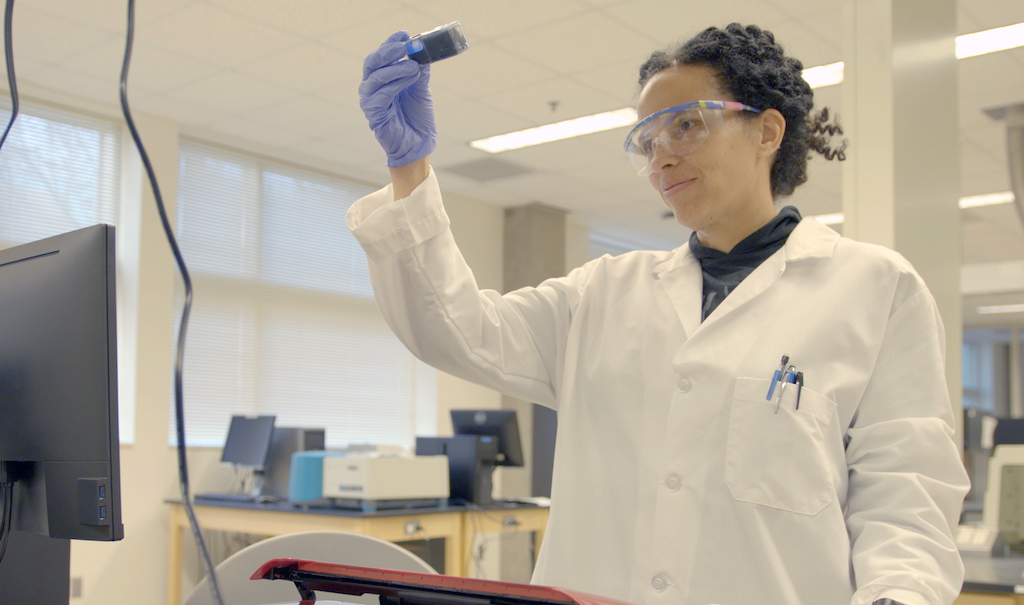 Raychelle Burks, a chemist at American University, discusses gender bias and racial discrimination in the in the new independent film "Picture a Scientist."

Join your MSU colleagues and students as we acknowledge and celebrate women in research during a special, month-long event, focused around the independent film documentary, "Picture a Scientist". The event will kick off on February 11 with the first screening on International Day of Women and Girls in Science, and conclude on March 8, International Women’s Day, with a second opportunity to view the documentary.

Featuring geologist Jane Willenbring, chemist Raychelle Burks, and biologist Nancy Hopkins, as well as key social scientists working to understand and reduce gender bias in the sciences, "Picture a Scientist" brings diversity in science into sharp view at a critical time. The current pandemic is a call to action for scientists to work together globally, with a multitude of different perspectives, to defeat COVID-19. For too long, women and other minorities in science have been left out or driven out, stymied by a system of harassment, discrimination, and general bias.

Note: A few days before the viewing date(s), you will receive a special link that will remain active for the three-day period.

Register for the Screening